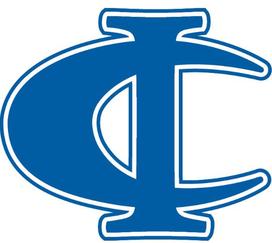 MATCH POINTS – Points scored during a match. The basic ways to score match points in high school include:

1. TAKEDOWN - T2 - 2 points - Awarded after one of the neutral wrestlers gets behindthe opponent and forces them down to the mat to their stomach or side or knees or weight on all fours OR takes them directly to their back or buttocks without getting behind them AND becomes the offensive wrestler. Neutral to Offense is a two point takedown. If you go from neutral to defense, you were taken down.

2. ESCAPE - E1 - 1 point – Awarded after the defensive wrestler gets out from underneath the opponent’s control and gets into the neutral position AND is facing the opponent. Defense to Neutral is a one point escape.

3. REVERSAL - R2 - 2 points – Awarded after the defensive wrestler gets out from underneath the opponent’s control and gets on top of and/or behind the opponent in one move AND becomes the offensive wrestler. To earn a reversal, you do not have to return your opponent to the mat as you would on a takedown. Defense to Offense is a two point reversal.

4. NEAR FALL 2 - N2 - 2 points – Awarded after the offensive wrestler turns the defensive wrestler over onto their back and holds them at a 45 degree angle or less for between 2-4 seconds (2-4 counts by the referee). Also awarded when the match is stopped due to the defensive wrestler being injured and/or screaming out to stop the match (unethical unless they are really injured) while being turned toward their back (imminent near fall) before the near fall count starts or before 2 counts by the referee. Only one set of near fall points can be awarded for each pinning hold, and they cannot
be awarded until after the pinning situation has ended. Defense on their Back.

6. PENALTY POINTS - P1 or P2 - 1 or 2 points - A wrestler in any of the three scoring positions can earn one or two penalty points when their opponent breaks the rules of wrestling. These rules include no stalling (one stall warning “S” is given before penalizing for stalling), no swearing, kicking, scratching, biting, hitting, body slamming an opponent to the mat, bending any body part beyond its normal range of motion (the referee will try to stop these situations as “potentially dangerous” before someone is injured), or using holds from the illegal holds’ list. On the penalty chart, any first penalty is 1 point. Any second penalty is 1 point. Any third penalty is 2 points. Any fourth penalty is disqualification. Unsportsmanlike conduct and flagrant misconduct can lead to immediate disqualification.

7. CAUTION and CAUTION POINT - C and C1 - 0 and 1 point - A wrestler in any of the three scoring positions can earn one caution point from the opponent’s third caution on for each time the opponent is cautioned by the referee for starting too quick before the whistle OR by lining up incorrectly when starting from referee’s position or from on the feet. A wrestler is allowed two cautions before the C1 penalty points begin. Also caution points are separate from penalty points and do not count on the penalty charttowards disqualification. Scored C, C, C1, C1, C1, etcype your paragraph here.